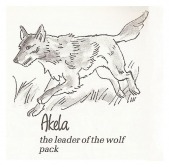 Akela: the leader of the wolf pack; it is the name given to the pack’s leader—the Contact Scouter

Cub Salute: special sign of greeting, made with fingers in a “v”. It represents wolf ears.

Cub Sign: Leader’s arm straight up with hand forming Cub salute. This signals Cubs to stop everything they are doing and pay attention to the Scouter.

Dues: $1 each week goes towards the cost of program materials.  Cubs are encouraged to do a ‘good turn’ to earn their money for Dues.

Duty Lair: The Duty Lair is responsible for setting up and cleaning up the meeting space. 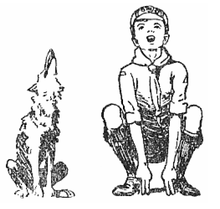 Howler’s Council: a meeting of Howlers and the Cub Scouters to discuss pack programs and activity ideas.

Investiture: The ceremony in which a Tenderpad (new Cub Scout) is invested (received the Group neckerchief and appropriate badges) and becomes a Cub Scout.

The Jungle Book: The Cub Scouts theme is based on Rudyard Kipling’s The Jungle Book. It provides a sense of outdoor adventure and fantasy that appeals to a Cub Scout’s imaginative mind. The Scouter names are chosen from the story (Akela, Bagheera, Baloo, Raksha, etc.).

Jungle Map: The map is a visual representation of the various program areas in the Cub Scout program. 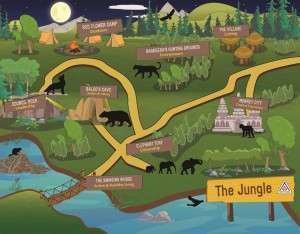 Pack: the full group of Cub Scouts and Scouters.

Scouts’ Own: A traditional Scouting tradition often performed the morning of the closing of a camp or provides a moment of reflection during or following an outdoor activity. It also provides time to reflect on ways to fulfill the Promise, Law and Motto, and our personal commitment to our spiritual values. This ceremony can other be planned or spontaneous.

Totem: a figure of a wolf’s head on a stand, usually made from plywood or scrap material.