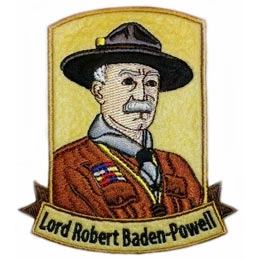 Scouting began in 1907 when Lt. Gen. Robert Stephenson Smyth Baden-Powell took a group of youth to a camp on Brownsea Island. The Movement was incorporated as “The Boy Scout Association” throughout the Commonwealth by Royal Charter granted by King George V in 1912.

There is evidence that a few Scouting groups started up in Canada in 1907. The Canadian General Council of the Boy Scout Association was incorporated by an act of the Canadian Parliament on June 12, 1914. The Canadian General Council was a branch of the Boy Scout Association until October 30, 1946, when it became an independent member of the Boy Scout World Conference. A subsequent amendment changed the name to Boy Scouts of Canada.  In 1998, a vote was passed which made the program officially co-ed.  In 2007, our Centennial Year, our name was officially changed by an act of Parliament to Scouts Canada.

B.P. wrote to The Earl Grey in 1910 to ask him to organize Scouting in Canada. Since that time, every Governor General has been either the Chief Scout for Canada (prior to 1946) or Chief Scout of Canada (after 1946).  In 2009, it was decided to elevate the Governor General’s role to Patron Scout, where they will continue to play an honorary leadership role and redefined the Chief Scout role to be an active promoter of Scouting both with members and the general public.   The current Chief Scout is Terry Grant, best known as the star of the reality hit series, Mantracker.

Today, more than 28 million youth and adults, boys and girls, take part in Scouting programs in 155 countries and territories worldwide.

Scouts Canada, the country’s leading youth organization, offers seven challenging programs for boys, girls and youth age 5-26 in thousands of individual groups in most cities and towns across Canada. Over 74,000 young people enjoy Scouts Canada’s programs, which are provided by 23,000 caring and dedicated volunteers. Scouts Canada’s national office is located in Ottawa.


Photos and Recent Events
What Youth are saying:

“ We are proud to be Beaver Scouts because we have lots of fun and get to try different things.” — Ruby and Georgia, Beaver Scouts, BC

“ Scouting is an organization that lets kids have tonnes of fun and learn a lot. I love the challenge to try and earn badges and awards. I am so excited for this year!” — Owen, Cub Scout, ON

“ To me, Scouting now means a chance to be with my dad, pursue career ideas and meet new people.” — Scott, Scout, BC

“ Being a Venturer now is all about cooperation, leadership, responsibility and fun.” — Jennifer, Venturer, ON

Say Thanks to your Scouters! 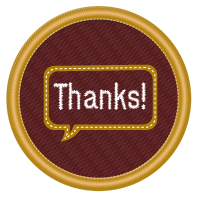 Saying Thanks to a dedicated Scouter is easier than you might think... Simply click on the badge above and you'll be directed to a Scouts Canada page where you can recognize a Scouter for their outstanding contributions.